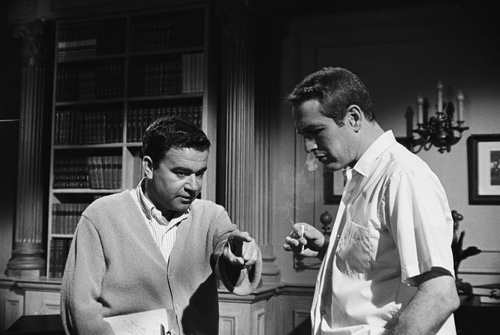 My father-in-law, Jack Smight was a wonderful television and film director with a delightful body of work from live television in the 1950s to feature films through the 1980s.

Once we moved to Weston, I was curious to learn about Jack’s friend and star of two of his films, Paul Newman.

Wasn’t I surprised to learn that Alec and I live a few miles from the lovely spot which Paul Newman and JoAnn Woodward called home in Westport Connecticut.

Jack told Alec and me wonderful stories about the adventures of directing Mr. Paul Newman, and what a generous actor he was, on and off the screen.

The two films Jack directed Paul Newman are the 1966 film Harper and the 1968 film Secret War of Harry Frigg.

Everyone can use help with interior design whether it be a small consultation for help in choosing color or a tile accent to full service interior design services for your Westport home. Save yourself some worries and I can probably save you money also. Give me a call today.

Here is my favorite paint store in Westport Connecticut.